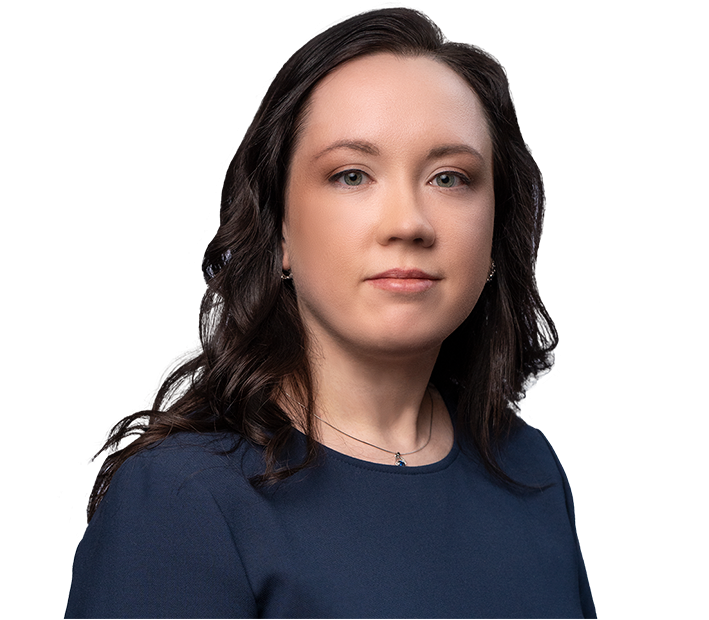 Elena Chershintseva is an Associate of the Labour and Employment Practice of ALRUD Law Firm.

She advises Russian and foreign companies on a wide range of labour and migration law issues, as well as data protection matters in employment relations.

Elena’s experience includes conducting HR audits and internal investigations, supporting labour disputes and inspections of government authorities, as well as advising on structuring relations with independent contractors. She also has an extensive experience in the implementation and localization of companies’ global policies.

Elena graduated from the Faculty of Law of the National Research University, Higher School of Economics, with a specialization in Labour Law. She received her Ph.D., in Labour and Social Security Law, in 2014.

Before joining ALRUD in 2020, she worked for the Moscow office of international law firm.

Elena is fluent in English.

during the process of a global restructuring of its business, including mass layoffs in its Russian subsidiary.

IT Company, provider of software

with conducting an internal investigation and a comprehensive dismissal of an employee, who threatened to act outside the interests of Client, which might have led to the disclosure of confidential information.

One of the leading producers of equipment in the food industry

on employment matters, related to change of the CEO and implementation of a long-term incentive plan for the new CEO.

One of the leaders in the electronic components

industry on a wide range of issues, during restructuring of its Russian subsidiary, mass layoffs and replacement of the CEO.

on employment matters in connection with the its potential activity, with the aim to provide social assistance to employees and their families.

in a restructuring process, which involved changes in several departments and a complex redundancy program, advising on its selection procedure, which affected specific, protected categories of employees.

One of global consumer products companies

in a project, related to its global restructuring, which implied outsourcing of one of the functions to the foreign company – a third-party provider and elimination of several job positions.

on a wide range of labour and migration law issues in the course of liquidation of its Russian subsidiary, including preparation of all documents, communications with State authorities, negotiations with employees and resolving other employment-related issues.

on the procedure for resuming work under restrictions, established due to COVID-19 at federal and regional levels, in different regions of Russia.

which does not have a presence in Russia, on a wide range of issues, related to structuring of an agreement with a citizen of one of the CIS countries, living in Russia.

ALRUD experts prepared an article for Ius Laboris
Irina Anyukhina, ALRUD Partner, Elena Chershintseva, Associate, and Ekaterina Bronitsyna, junior specialist, wrote an article «Terminating employment by mutual agreement: the risks in Russia and beyond» for Ius Laboris. The article reflects the most current practice of a new judicial approach in Russia regarding mutual consent termination and implications for employers to consider. Alliance members from 11 countries commented the situation in their jurisdictions. Full text of the publication is available on the website of Ius Laboris. Ius Laboris is a global alliance of law firms specializing in labour, immigration and pension law. The network’s members employ more than 1500 HR lawyers from 59 countries of Europe, America, the Middle East and Asia.
1640725200000