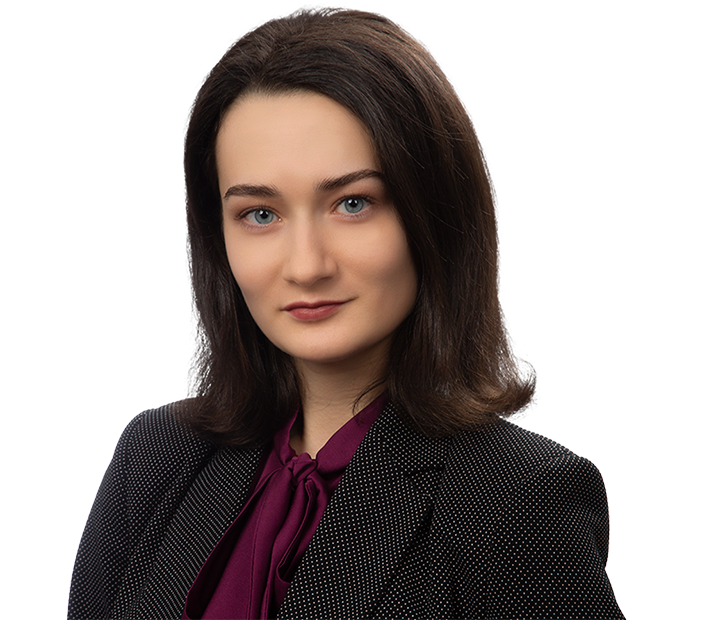 Anna is an Associate in the Corporate / M&A Practice of ALRUD Law Firm.

She has experience in supporting M&A, Private Equity and joint ventures both under Russian law and cross-border M&A transactions. Anna also advises on corporate governance issues.

Anna graduated with honors from the Kutafin Moscow State Law University (MSAL), and also received a Master's Degree in Law from the National Research University – Higher School of Economics (NRU-HSE).

Anna is a member of the International Bar Association (IBA).

Projects include advising and representing:

one of the four largest telecommunications companies in Russia, on the establishment of a joint venture with 4 federal operators-competitors, aiming at joint development and use of 5G radiofrequencies in Russia.

on the sale of ERGO Life Insurance Company to Rosgosstrakh.

Group of a Russian major bank

on the investment in construction and maintenance projects of the Central Ring Road of Moscow Region (CKAD-3 and CKAD-4).

the largest provider of communication services in the Kemerovo Region, on the sale of shares of RIKT to PAO MTS, through the mechanism of a voluntary offer.

Group of a Russian major bank

on the acquisition of 100% stakes in Mirogroup Resources, a grain trader with leading positions in the Russian grain, oilseeds and pulses export markets.

a packaging manufacturer, on the acquisition of System Ceramics S.p.A. and its subsidiaries.

on the acquisition of a stake in the capital of the operator of the electronic system of self-government of citizens of Russia: 'ZHIVU.RF'.

a large Chinese airline selling company, on the acquisition of minority stakes in Avia Center Group companies located in Russia and England, in order to establish long-term cooperation with Avia Center in the field of introducing modern technologies into the market for the sale of air tickets and related services in Russia and the CIS.