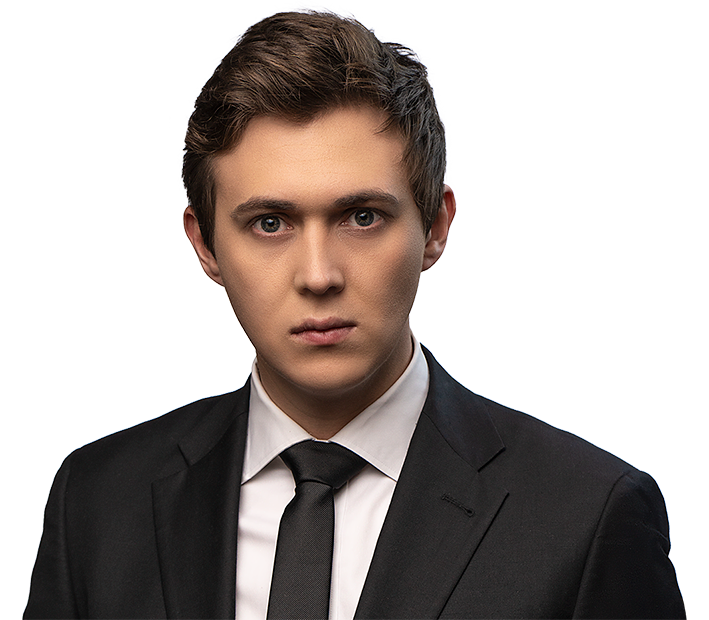 Artur Chernykhov is an Associate of the Dispute Resolution and Restructuring and Insolvency Practices at ALRUD Law Firm.

Artur has a material experience of working with big international and Russian clients. He successfully represents clients’ interests in the State commercial courts, including the Supreme Court of Russia. He has a strong focus on complex domestic and cross-border disputes relating to: bankruptcy proceedings, transactions challenging, and the imposition of, the subsidiary liability and assets tracing.

Artur graduated from Kutafin Moscow State Law University with Honours. He finished his Bachelor Program in 2015 and Master Program in 2017. Artur joined ALRUD in 2016.

Artur is a member of the International Bar Association (the IBA).

in several disputes on invalidation of transactions (claw-back), related to one of the largest infrastructure PPP (private-public partnership) projects in Russia, for more than US$ 140 million. The circumstances make these cases ‘landmark cases’ for such category of disputes in Russia. Currently, Artur is a key member of the team, which has won two of them, while the third is still pending.

in which he participated in a project, on protection of interests, as the creditor in the bankruptcy proceedings, of its numerous subsidiaries in Russia. Apart from elaboration of the strategy in over 50 cases, Artur has represented our client in a number of cases concerning the most “hot” aspects of Russian bankruptcy law (subsidiary liability of controlling persons and subordination of the affiliates’ claims).

in over 10 parallel proceedings, in different courts of Moscow Region, initiated by a major creditor seeking to hold shareholders as liable for bankrupt’s debts of a subsidiary. Nevertheless, as a result of the implementation of the strategy, the opponents proposed an amicable settlement of the dispute, reducing the size of their claims by 90%.

providing comprehensive support of the liquidation procedure and subsequent bankruptcy of its Russian distributor, resolving distressed assets and debt.

on the bankruptcy risks of challenging transactions, related to debt restructuring, as part of a multibillion-dollar international infrastructure project in the Far East.

One of the world's largest automanufacturers

in a series of interrelated disputes over subsidiary liability, in bankruptcy cases of its distributors.

in the matter of the foreclosure on mortgaged warehouses and valuable land plots, in the area of Moscow’s Sheremetyevo airport.

On the bankruptcy-related risks of the proposed asset sale transaction.

on bankruptcy law in connection with a debt recovery dispute, brought against a Russian insolvent debtor, in a Belgian court.

ALRUD confirms leading positions in the IFLR1000’s 31st 2021/22 edition
On August 25, 2021, international ranking agency IFLR1000 published the results of EMEA rankings that represent IFLR1000's 31st 2021/22 edition. The rating evaluates law firms in different areas. ALRUD law firm is again top ranked for M&A, Banking, Restructuring and Insolvency, Project Finance, PPP, Capital Markets: Debt and Equity, Project development: Mining and Energy. Individual nominations in IFLR1000: Alexander Zharskiy, Partner and Head of the Corporate and M&A Practice, and Anton Dzhuplin, Partner of the Corporate and M&A, Banking and Finance practices are “Highly regarded” in the rating. Sergey Petrachkov, Partner and Head of the Dispute Resolution and Restructuring/Insolvency Practices, and Magomed Gasanov, Partner of Dispute Resolution, Restructuring and Insolvency Practices, and Head of White Collar Crime, Compliance and Investigations are nominated in the category “Rising star partner”. Artur Chernykhov, Associate of the Dispute Resolution and Restructuring and Insolvency Practices, and Ekaterina Mayorova (Rogacheva), Associate of the Banking & Finance Practice, are mentioned as “Rising star” in the rating. Congratulations to the ALRUD team! IFLR 1000 is one of the leading international legal publications. The publication's specialists annually conduct market research around the world, on the basis of which they make a rating of the best practicing lawyers and law firms.
1629903600000