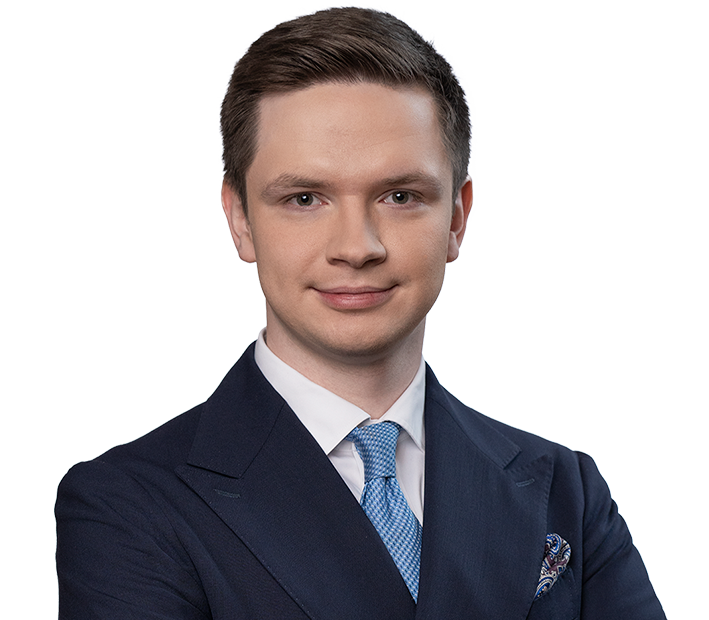 Daniil Lozovsky is a Senior Attorney of the Competition/Antitrust and White Collar Crime, Compliance and Investigations practices at ALRUD Law Firm.

Daniil participates in projects concerning investigations of anticompetitive agreements of economic entities, as well as relating to clearance with the FAS Russia (Federal Antimonopoly Service) of the transactions, on purchase of shares/assets, of companies doing business in Russia. Daniil also is consulting clients from various industries on matters concerning compliance with the requirements of the Russian antitrust legislation.

Daniil is a member of the International Bar Association (IBA).

during the creation of a transatlantic joint venture.

a major participant of pharmaceutical market, with regard to its acquisition by AbbVie.

during a dawn raid of FAS Russia, as well as its case on a claimed violation of competition law.

on the acquisition of a stake, and the creation of a joint venture, between 4 federal competing operators, for the joint development, and use, of 5G frequencies in Russia.

in FAS Russia and the Government Commission for Control over Foreign Investments, involving the acquisition of a Russian company, which has strategic importance for the defense and security of the State.

in the case on setting monopoly-high prices for spare parts, necessary for the maintenance of the generator set.

one of the largest suppliers of hearing aids, with regard to its acquisition, by its main competitor, Sivantos Group.

during the dispute with the FAS territorial body, in FAS Russia’s Appeal College. as well as in the court, concerning difficult issues of the application of antitrust legislation, governing the activities of retail chains.

Europe's largest provider of construction components, in two legal disputes related to challenging the decision, and order, of FAS Russia, issued as a result of merger control review.

One of the multinational manufacturers of optics and electronic imaging devices

on the antitrust risks arising in the course of its business activity.

one of the multinational manufacturers of medical equipment, on the antitrust risks arising in the course of its business activity; assessment of the methods of interaction with distributors; analysis, development and introduction of the strategy of participation in public procurement.

ALRUD Specialists prepared a Chapter on Russia for the Global Legal Insights – Merger Control 2021
Global Legal Insights, which specializes in professional guides on various branches of law, has published an extensive study on merger control. Leading law firms from 30 countries have provided reviews for Global Legal Insights – Merger Control 2021. The review on Russia was prepared by representatives of ALRUD Antitrust Practice, namely by German Zakharov, ALRUD Partner, Daniil Lozovsky, ALRUD Senior Attorney and Olga Gorokhova, ALRUD Junior Attorney. The experts analyzed the merger control procedures between Russian public authorities, noted the features of the FAS (Federal Antimonopoly Service) merger review process over the past 12 months during the current COVID-19 restrictions and also wrote about the changes that are expected in Russian merger control legislation. You can read the full article by clicking on this link.
1625518800000