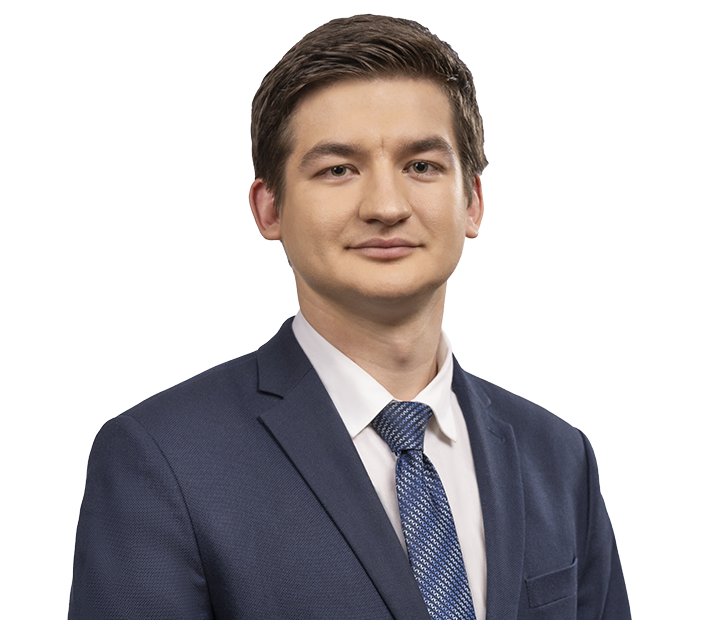 Dmitry Eberents is an Associate of the Dispute Resolution and Restructuring and Insolvency Practices at ALRUD Law Firm.

Dmitry has a considerable experience in representing clients in State courts of all instances, on a wide range of different disputes: among them commercial disputes, corporate disputes, real estate disputes, family disputes, defamatory cases and disputes connected with enforcement proceedings.

Dmitry has also participated in numerous complex bankruptcy cases, including representing interests of clients to secure inclusions of claims in the register of creditors, disputing transactions, bringing the controlling persons to subsidiary liability and prevention of controlled bankruptcy.

Dmitry is a member of the International Bar Association (the IBA).

Include advising and representing:

in a dispute related to the illegal seizure of real estate, necessary for the conduct of business activity.

in a number of disputes with the Federal Service for Supervision of Communications, Information Technology and Mass Media (Roskomnadzor) and the Prosecutor's Office, involving claims to block websites containing prohibited information, protecting honor and dignity, as well as protecting personal data, copyrights and related rights. A system of pre-trial protection of interaction, with both State authorities and individuals, has been developed, which allows the client either to avoid involvement in court disputes, or to successfully and quickly resolve these disputes.

in bankruptcy of a Russian construction company, in particular, participation in prevention of controlled bankruptcy and challenging the claims of affiliated creditors of the debtor.

The world's largest manufacturer of cookware

in a number of complicated disputes, related to the illegal retention of trademarks, which led to the inability to do business in Russia. As a result of the correctly chosen protection strategy, our client managed to successfully return to trading as soon as possible.

in the bankruptcy case of a Russian distributor. As a result of active actions, managed to prevent controlled bankruptcy and become a majority creditor.

in a dispute on debt collection from a private investor, due to non-fulfillment of margin requirements, when trading financial instruments.

One of the founders of the world's largest fishing holding

on Russian law issues, arising in the framework of a cross-border dispute, as well as in a number of related disputes, on the territory of the Russian Federation.

The famous company in the hotel business

in a complex dispute on recovery of damages from the previous CEO and his illegal withdrawal of documentation of the company.

in a complex dispute related to the blocking of mobile apps and websites.

The largest publishers of educational literature

in a complex dispute with State authorities, related to the exclusion of textbooks from the federal list of textbooks.