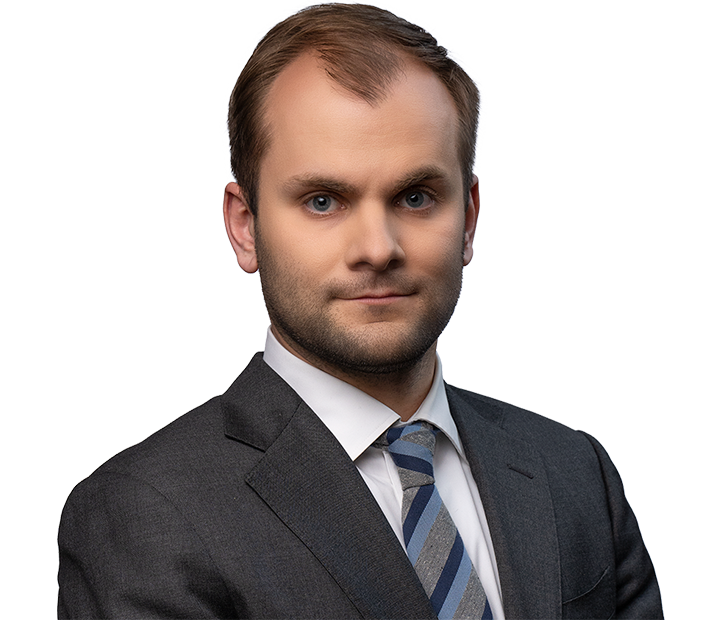 We would recommend Dmitry Kuptsov as being highly dedicated, competent and flexible in providing his excellent legal services

Dmitry Kuptsov is a Partner of the Dispute Resolution and Restructuring & Insolvency Practices of ALRUD Law Firm.

Dmitry specializes in handling complex domestic and cross-border disputes, in various areas of law and business industries. He has extensive experience working on full-scale projects, in the fields of restructuring and bankruptcy. He also successfully represents clients in arbitrations and proceedings on enforcement of arbitral awards in Russia and abroad. Dmitry’s sphere of expertise additionally includes conducting internal investigations, compliance checks and asset tracing, in different jurisdictions.

Dmitry graduated from the Faculty of Law of the Higher School of Economics in 2012. In 2013, he received a Master's Degree in Law from Lund University (Sweden).

In 2017, Dmitry was on secondment in London at the law firm Slaughter and May, member of The Magic Circle. Dmitry is a member of the International Bar Association (IBA).

One of the founders of the Russia’s largest fishery holding, Norebo

on the issues of Russian law arising in a cross-border dispute, related to corporate control in the holding (the “Norebo case”), as well as in a number of related domestic litigations.

in the matter of the foreclosure on mortgaged warehouses and valuable land plots, in the area of Moscow’s Sheremetyevo airport.

in a legal action for compensation of harm on the basis of Russian tort law (including bankruptcy issues and art. 1064 CC RF), initiated by a Russian oil company pending in the High Court of Justice in England.

in the matter on recovery of multi-million indebtedness from an individual trader due to his failure to comply with margin call requirements.

An American manufacturer of ceiling systems

in a series of full-scale administrative investigations, initiated by the Russian authorities, in the course of supervision over construction of 2018 FIFA World Cup infrastructure objects and sport facilities.

in a number of defamations matters against the leading Russian and foreign mass media.

in a series of interrelated bankruptcy cases of its Russian regional dealers, with the total amount of claims exceeding 20 billion Rubles. These included numerous disputes involving challenging transactions (claw back action), subsidiary liability, subordination of creditors’ claims and the dismissal of the bankruptcy receiver.

in the action for challenging of its transactions, initiated by the Deposit Insurance Agency in breach of the arbitration agreement.

The leading Russian private investment fund and its top-management

in a number of closely related bankruptcy proceedings and several side-disputes for holding its senior management subsidiary liable.

One of the largest creditors of Antipinsky refinery

on general aspects of Russian civil and commercial law and various related provisions of bankruptcy law, in the context of LCIA arbitration on recovery of multi-million indebtedness.

in the International Commercial Arbitration Court at the Chamber of Commerce and Industry of the Russian Federation arbitration on the recovery of indebtedness from a Russian publishing house.

in an internal investigation in respect of a number of its Russian office’s employees, due to allegations of their conspiracy with the contractors.

in an investigation, conducted in the course of a global acquisition of the leading German producer of machine solutions, for road construction and road rehabilitation.